A small property located on a hill close to Dornbirn lies in a core of Rheintalhouses. The building is oriented towards three main views: the Säntis, the Bodensee and to the First. The house has a massive foundation made out of concrete on which a timber contruction arises. In the rooms, as well as on the façade silver fir was used. Around a central core with the staircase, the kitchen and the chimney an open space was planned. The different rooms can be separated by sliding doors. 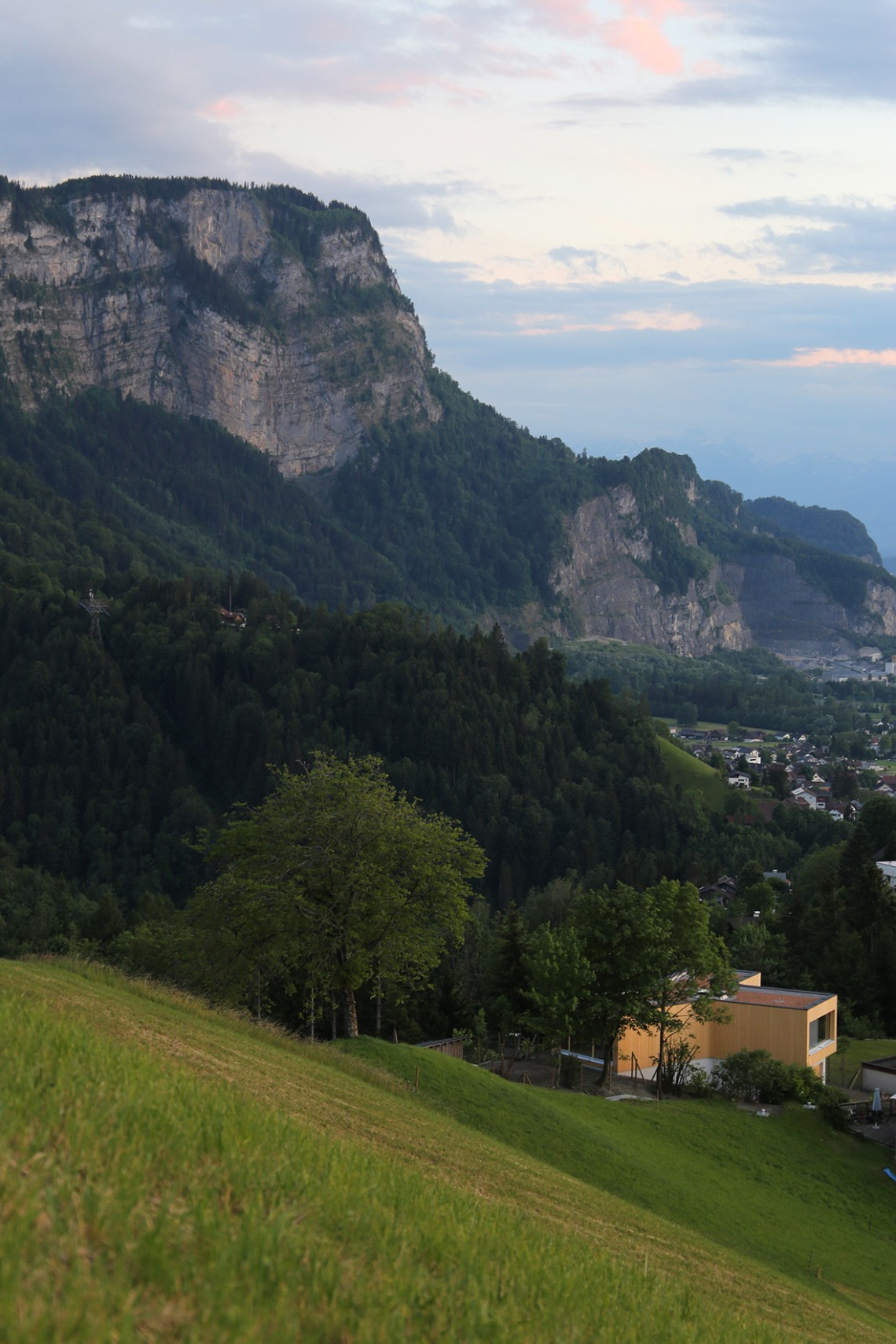 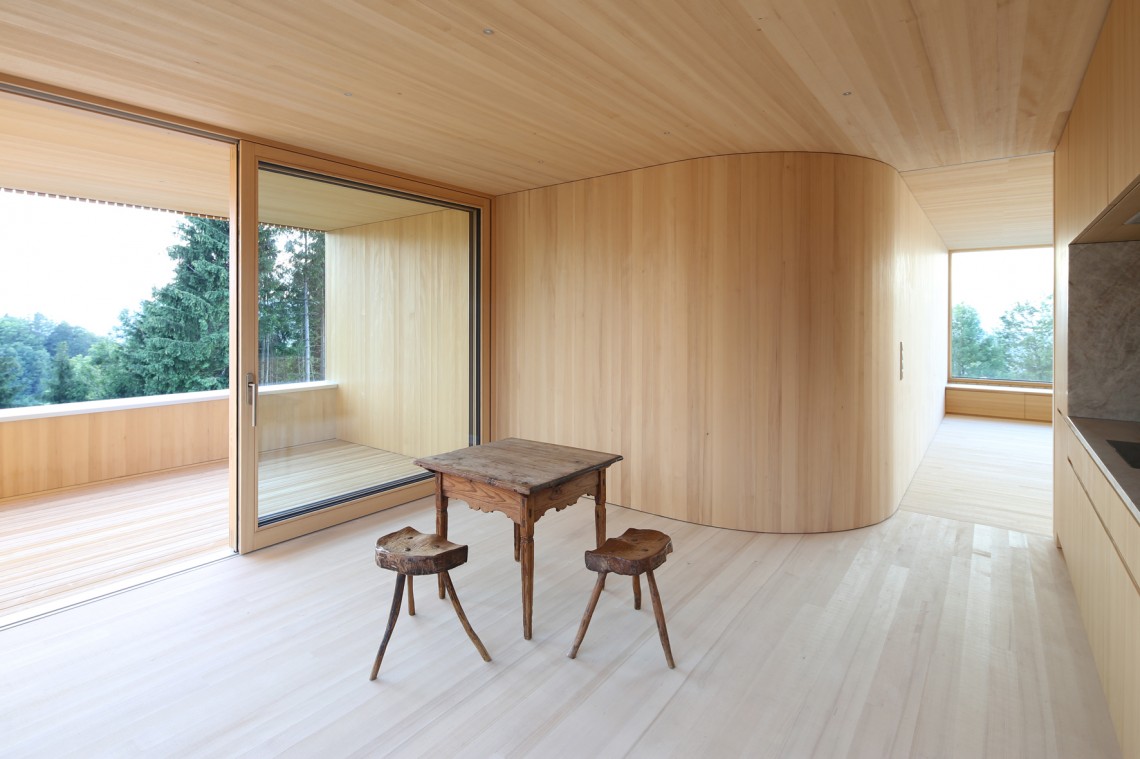 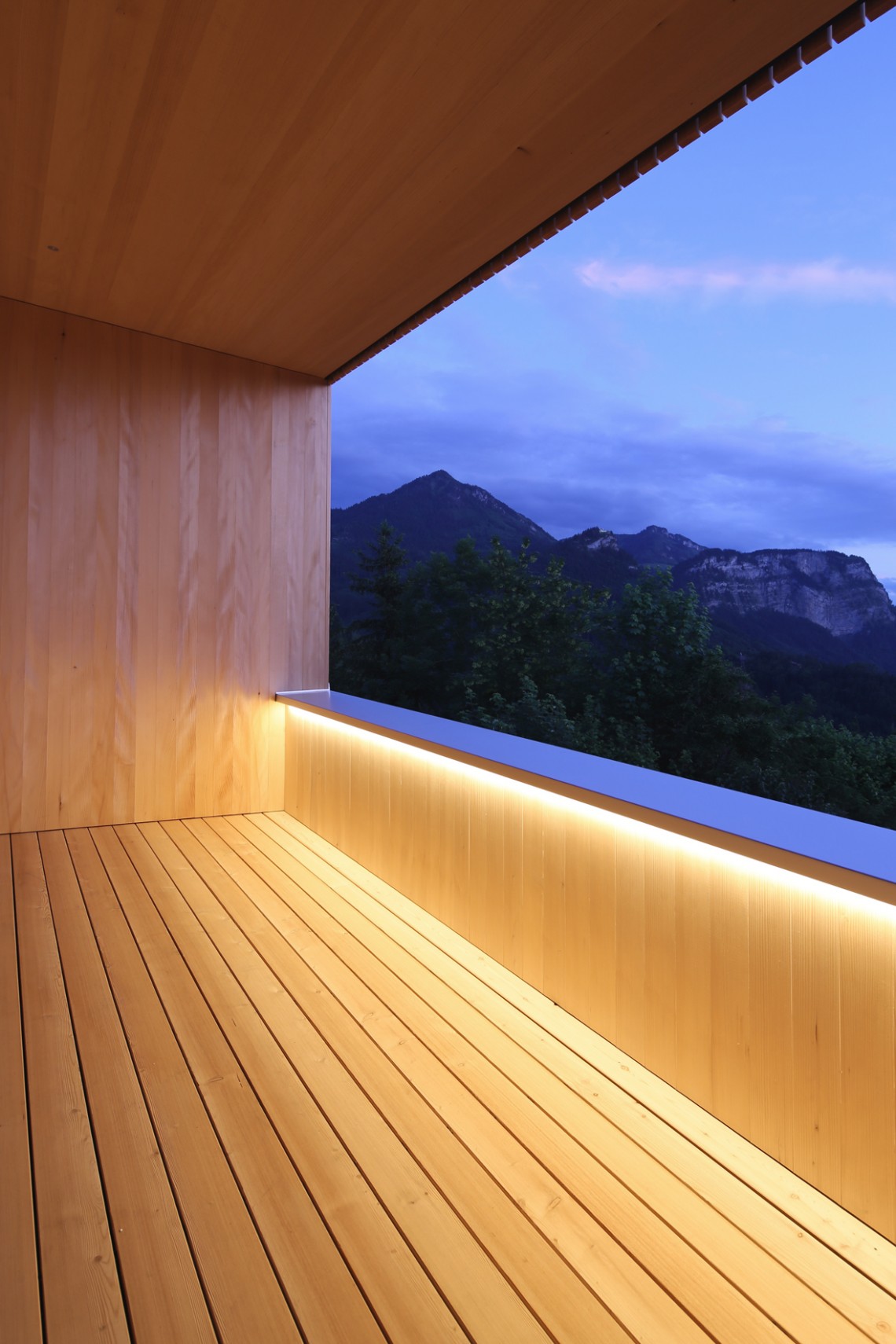 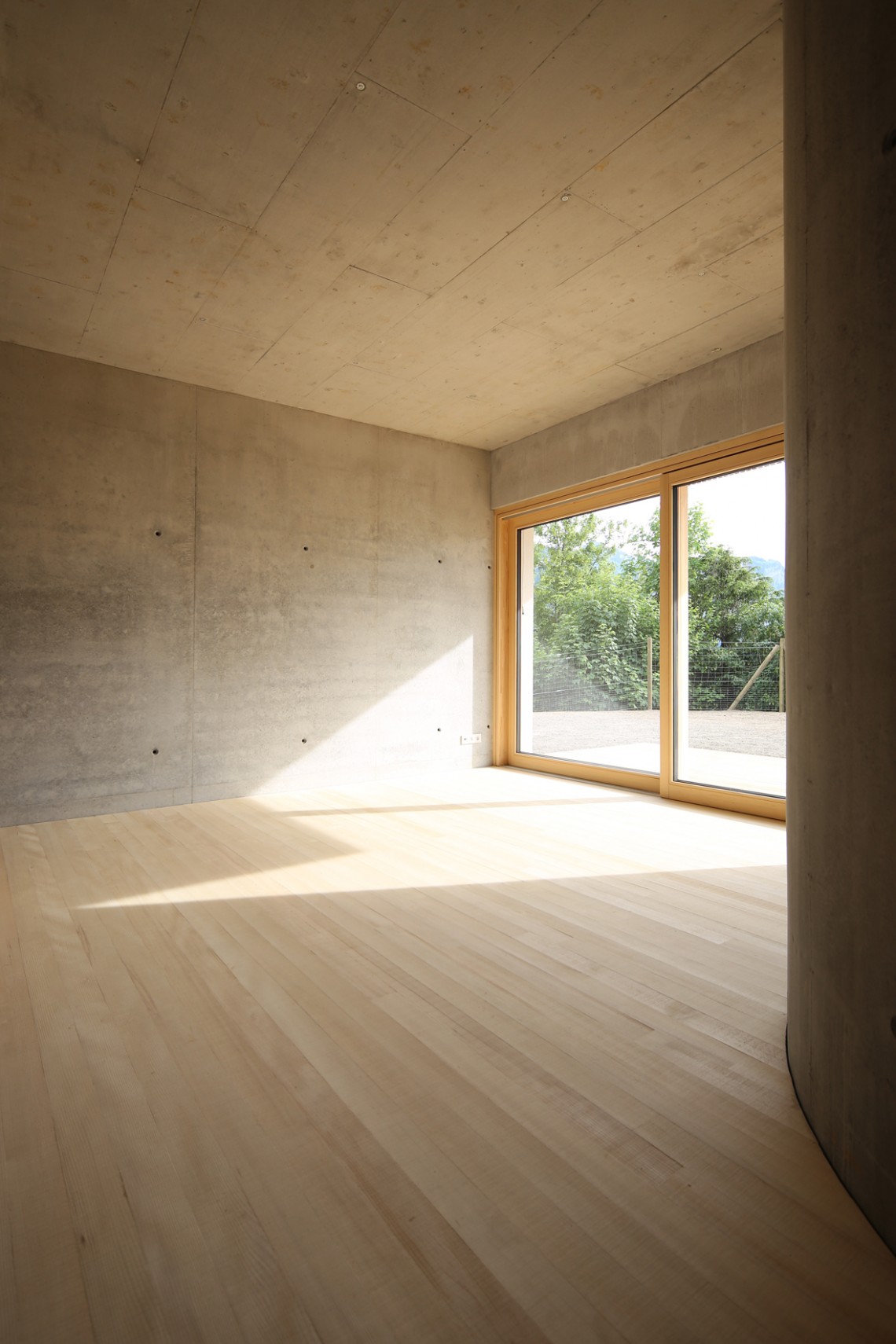 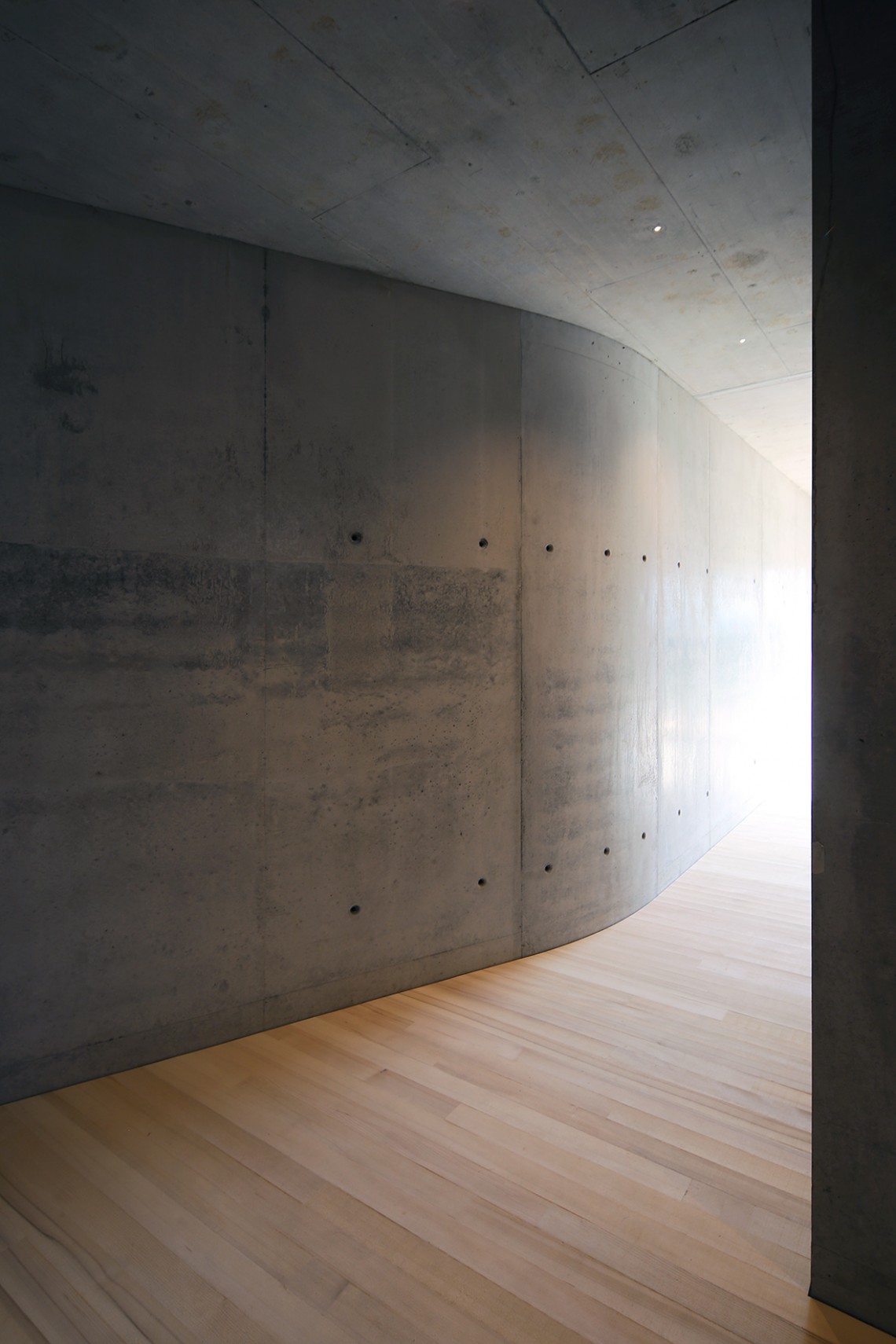 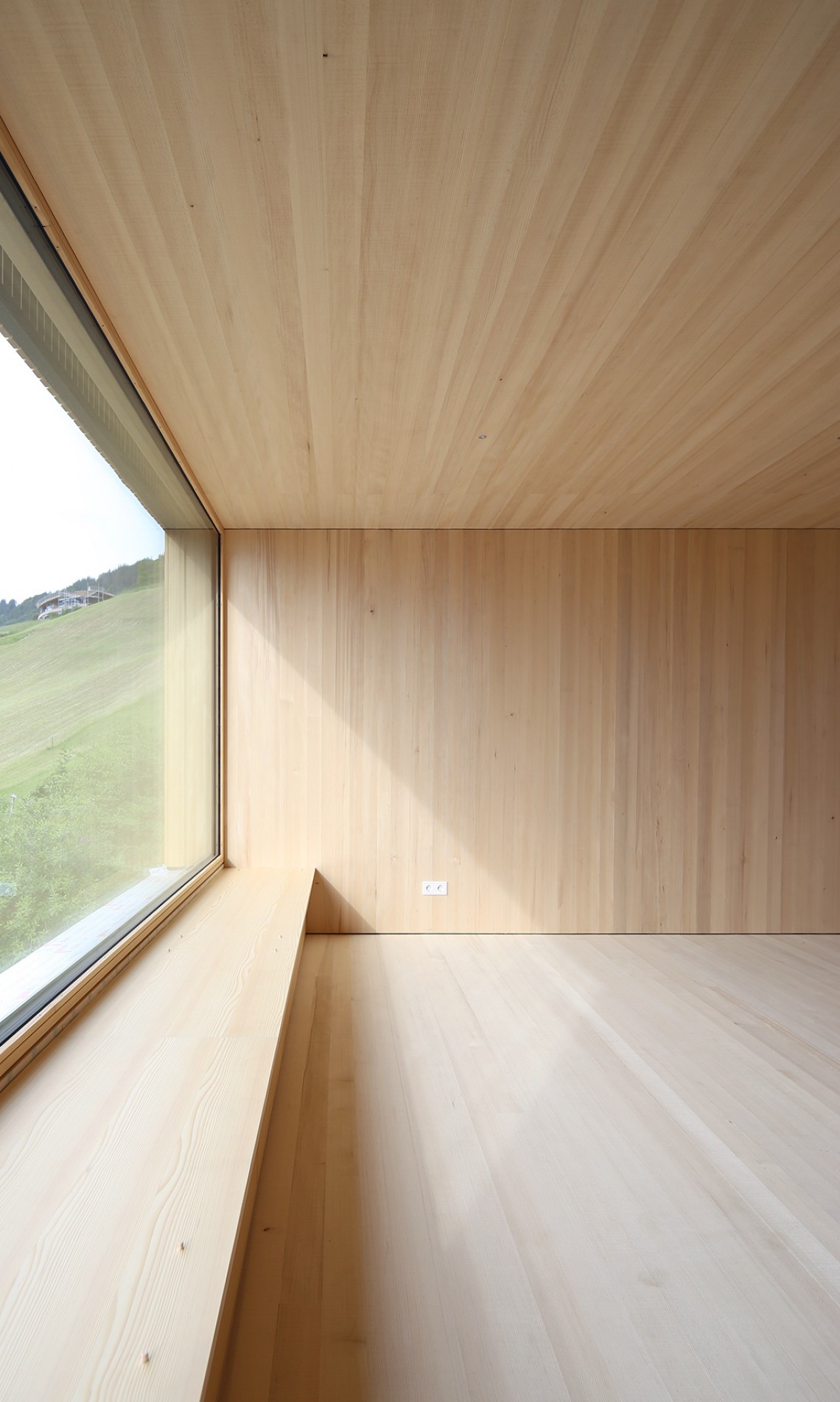 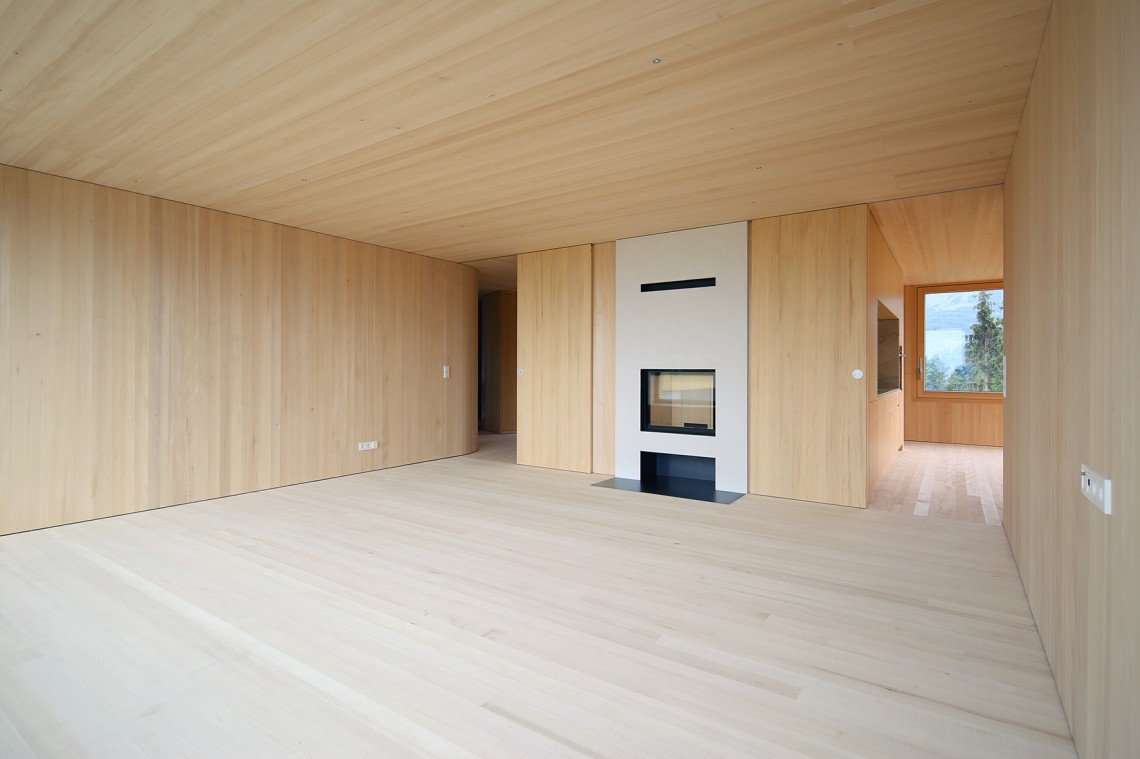 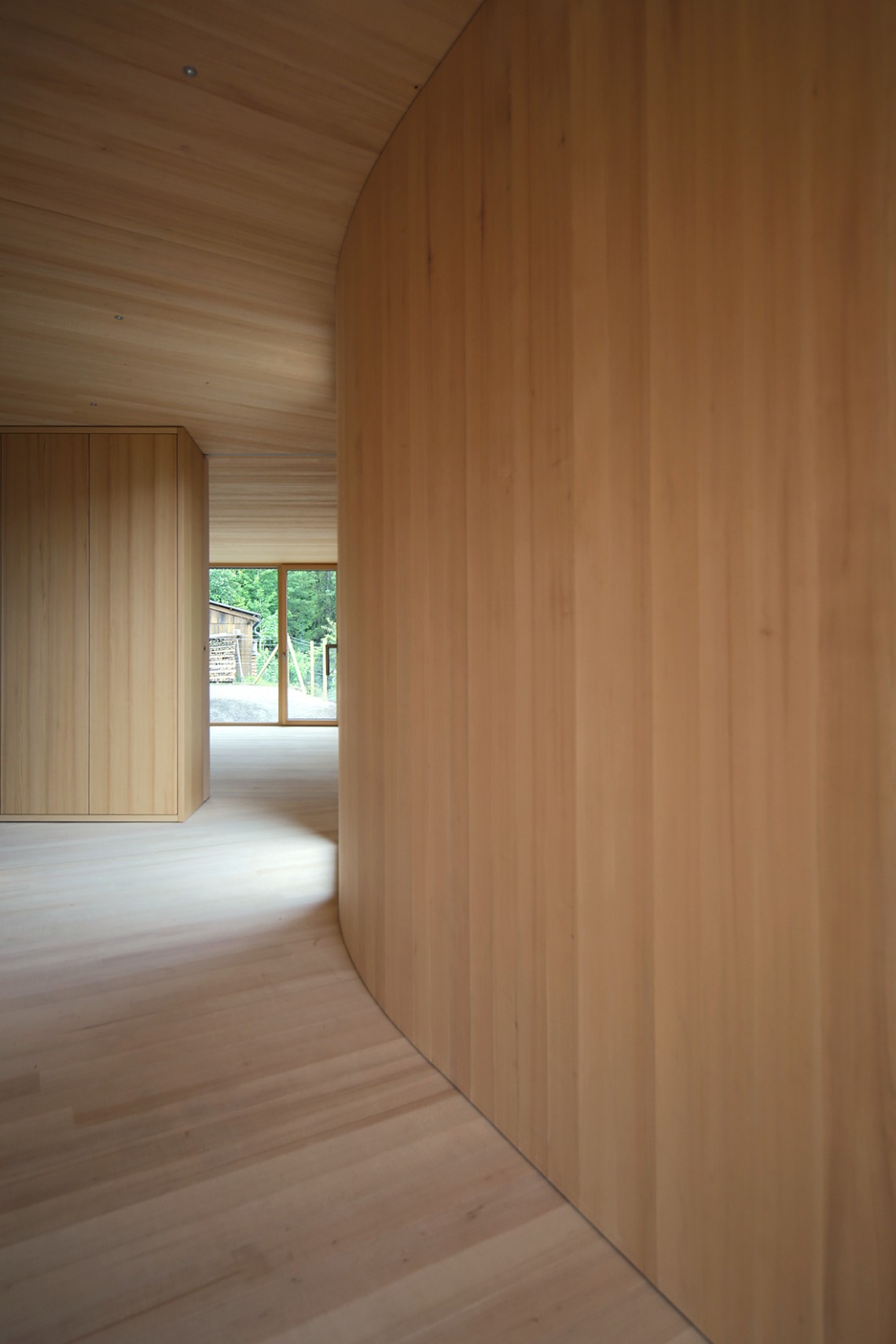 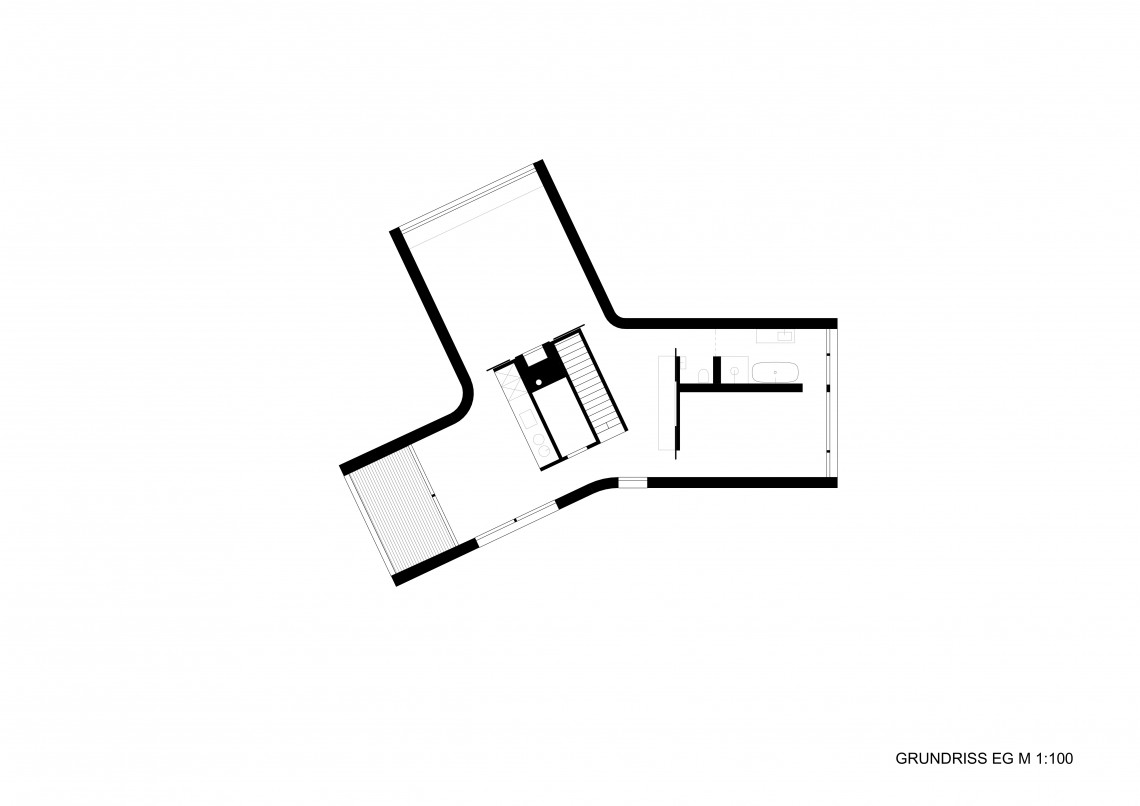