The Educational Campus near the central station in Vienna is being developed around a central campus courtyard, which is directly accessed from a square on the westside. The three-storey building is designed as an clockwise ascending accessible roofscape. It serves as an outdoor space with high quality of stay. 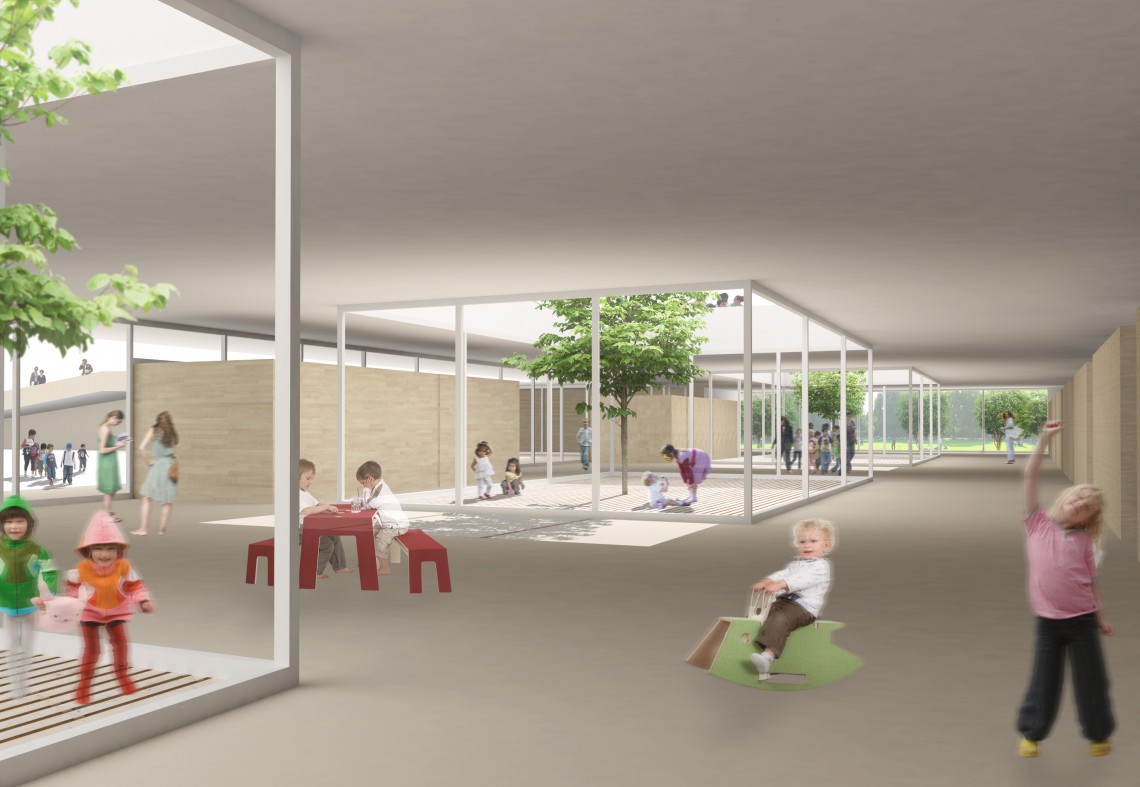 The entrance zone including an exterior stairway and a roofed forecourt upgrades the public park in the west. As a result an urban space arises which is animated as a park entrance by a variety of users. At the same time, the highest buildingpart comprises the room to Gudrunstrasse and sends a clear signal towards Sonnwendgasse. The one-storey kindergarten wing is oriented towards the newly developed district park in the north, thus strengthening the relationship between the roofscape and the park. 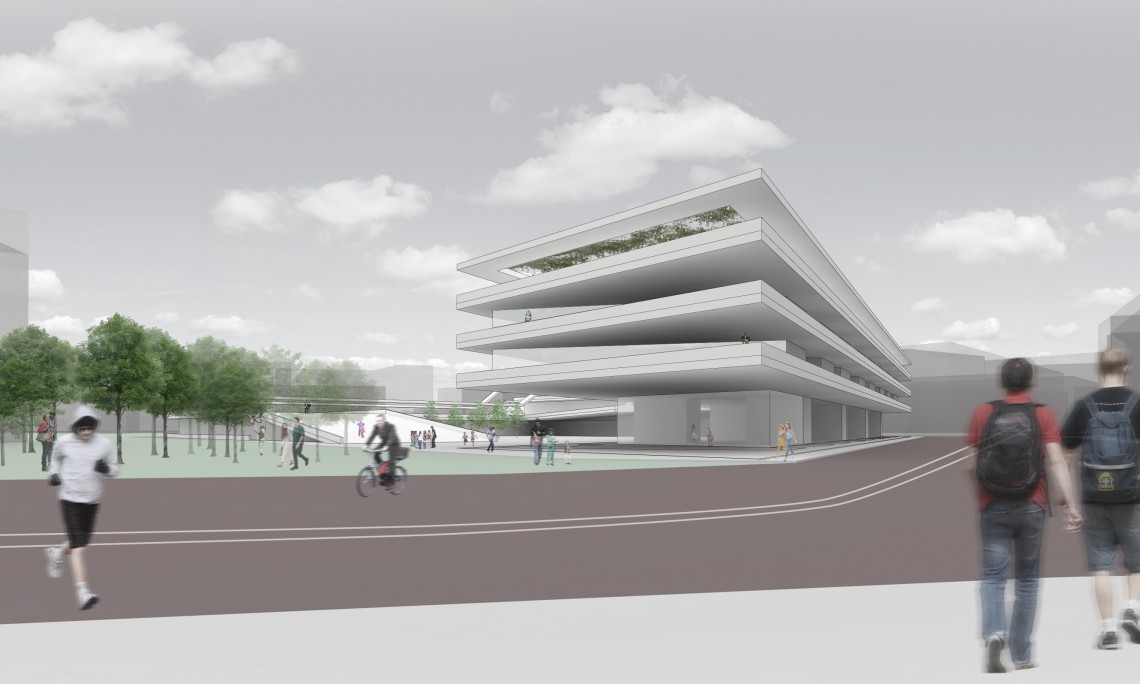